Are you an Amazon customer? Pay now with address and payment details stored in your Amazon account.
> Shakespearean Pet Painting 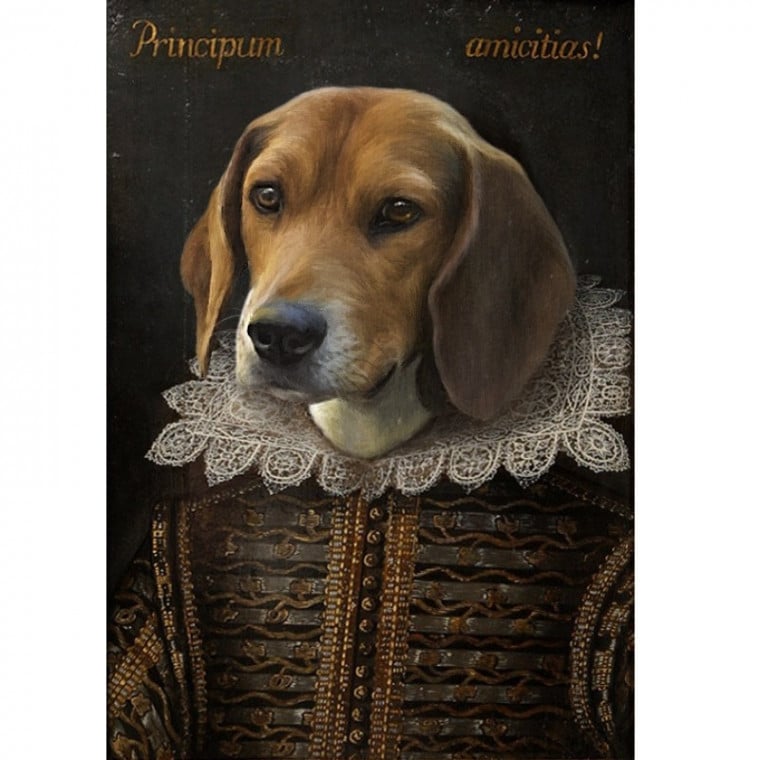 You get free shipping for oders over 99$ Send in or Upload your most Noble Pet Playright’s Photos and our Artists will turn them into Exquisite Renaissance Style Portraits! Imagine the reaction of your guests or gift recipients when they see the transformation from ordinary pet photo into 16th century style painting fit for a museum! Snappy canvas uses fine quality art material and artisanship, and offers a 100% satisfaction guarantee plus most orders include Free Shipping. Our friendly design and support specialists are always ready to help!

Features and Benefits:View Proof with E-proof option in 3-5 Business DaysMade using durable and humidity resistant canvasDelivered with Free Shipping.Arrives ready to hang EasilyPet Painting includes 100% Satisfaction GuaranteeMost orders ship within 1-2 weeks from order or proof approval.Rush shipping available on request.Perfect gift for the person who has it all

David Rosato wrote:  It was a pleasure working with the people at Snappy Canvas. They were very responsive to my requests and timely in their reaction. I would most definately use them again.

Michelle wrote:  SnappyCanvas did an excellent job and made a nice photograph into a beautiful piece of art. This is my sister's family portrait and I bought it for her Christmas present. It brought tears to my eyes when Anne opened it. Great job! Michelle

Richard Lile wrote:  The canvas of my dog, Sweeney the Westie, was a 30th birthday gift for my fiancee. When she opened the gift to reveal the canvas, she squaled so loud with happiness that the dog began to howl. The canvas now hangs above our dining room table. Richard Lile

Karen WARD wrote:  My picture gift was perfect. They did an excellent job and the person who got the pucture on canvas says it is among her FAVORITE gifts!!! I was so pleased.

Unique memories
A style for everyone, because you are unique. Want something different? Customization is our specialty. Our artists can make your imagination into reality.
Shakespearean Pet Painting   I want a memory