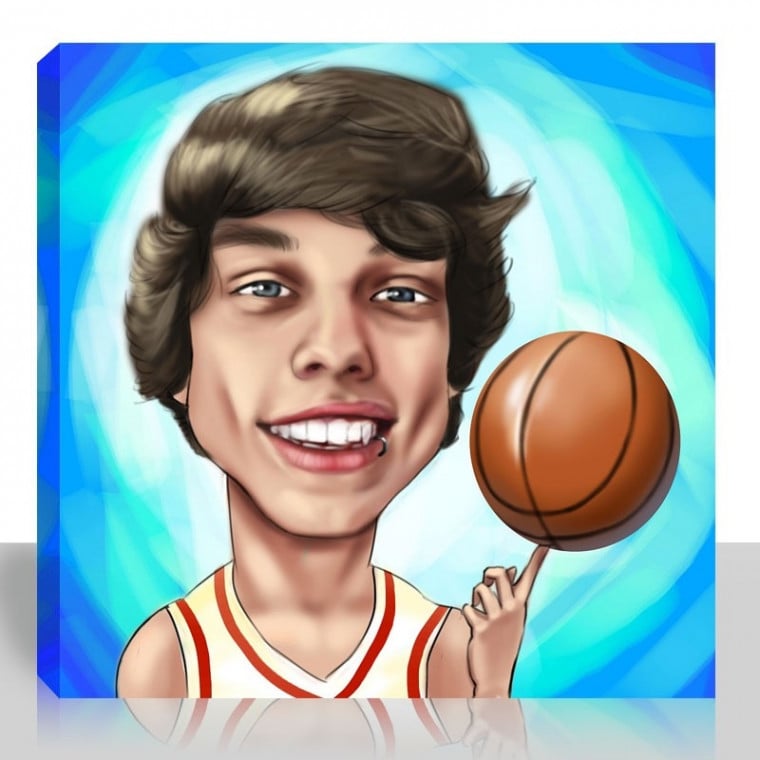 Know someone who is a total sports fanatic?  Well, then we have an awesome gift for you.  Grab and upload that sporty photo now or email it to us,  and we'll turn it into an over the top sports caricature.

By buying this product you can collect up to 29 loyalty points. Your cart will total 29 points that can be converted into a voucher of $6.

By buying this product you can collect up to 29 loyalty points. Your cart will total 29 points that can be converted into a voucher of $6.

Ron Magliochetti wrote:  I would like to say, my son is an artist, and tried to draw/paint this picture. He struggled with the detail.Once we received the print from SnappyCanvas, he could not believe how wonderful it came out!Thanks so much,Ron Magliochetti

John Chambers wrote:  Our daughter, Alyson Chambers West, passed away on February 10th 20011. She was 26 and a master seamstress here in Nashville, TN area, and was respected by Dolly Parton. Using one of Aly's dress forms, we put one of her dress creations on display in our livingroom. We needed a portrait of her to complete our little Aly Tribute area. Using SnappyCanvas, we had a pretty low-resolution photo turned into the beautiful canvas you see to the left. We are very pleased with the professionalism and product quality we received from SnappyCanvas. Now we can proudly display her handywork as well as our portrait of Aly!Thank you, John Chambers

Dale POWERS wrote:  They were very helpful for changes I wanted in the picture. Overall great experience.

Mel wrote:  The order was processed quickly and with some no cost enhancements that made a good picture even better, more vibrant.Very pleased with the service received and end result of the SnappyCanvas process. Will not hesitate to use SnappyCanvas again.Thank you, Mel