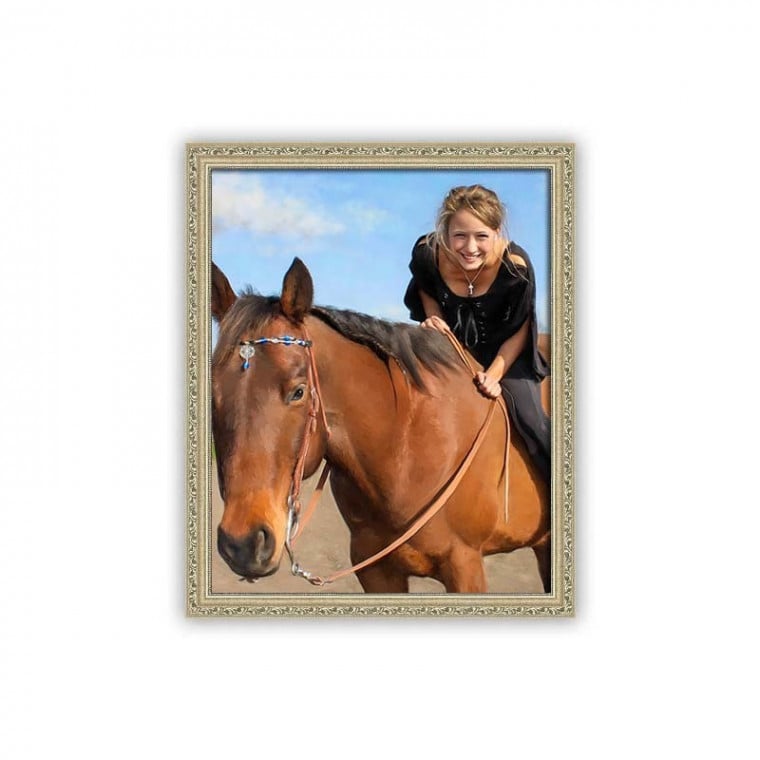 Our Exceptional artists paint your horse photos into portraits wholeheartedly with love. Every sinew, contour, and majestic curve  brought to life. Saddle up and get ready for your mesmerizing custom horse painting.

By buying this product you can collect up to 72 loyalty points. Your cart will total 72 points that can be converted into a voucher of $14.

By buying this product you can collect up to 72 loyalty points. Your cart will total 72 points that can be converted into a voucher of $14.

Horse Portrait Paintings on Canvas from Photo in Oil Style 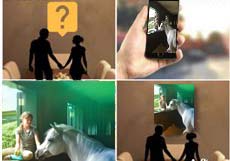 Wow will be the word on your lips once you receive your custom horse painting as it will exceed even the impressive preview we will send to your email. They say beauty comes at a price but we'll make sure it's a price you'll deem worth it as we make the process easy and smooth. and we won't make you jump through hoops. 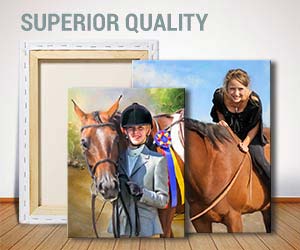 Send us your photo and our seasoned artists will grab the reigns and jump into making your valued horse photos into painting masterpieces on your wall. You'll be astonished to see your grand stallion or beloved mare leap into life on canvas. We use the finest colors and make sure to check each finished canvas to bring you true to life dynamic hues  that truly represent in the best light. 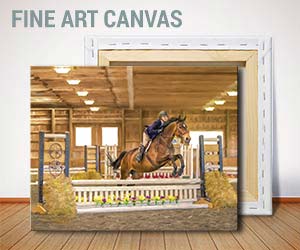 Once ready they will send you a proof of your horse portrait painting if you have opted  for the E-proof option which is highly recommended. You can review it and request any changes or cancel risk free. We believe that this is a team effort  and the goal is to produce a canvas that you're truly happy with. We don't shirk away from revisions and doing things over if you find something not to your liking. Our stamina and endurance is akin to that of a horse, so to speak .

What's more is that you won't have to pony up a large sum to enjoy an elegant horse painting from photo. We offer a variety of sizes and options at a reasonable cost while maintaining premium quality. Not only that, we regularly lasso in some cool discounts that'll serve as the icing on top of the holidays that they usually occur on. The benefits of being in a herd also extend to us as we offer volume discounts if  you order copies of the same canvas. So don't hesitate to reach out if there's anything holding you back as we make sure to satisfy.

Sharon Ward wrote:  I received my canvas and it is beautiful!At some point I would like to have a new canvas made, with all of my grandchildren together!The artist who made my canvas did a beautiful job!Thank you!Sharon Ward

Richard Lile wrote:  The canvas of my dog, Sweeney the Westie, was a 30th birthday gift for my fiancee.When she opened the gift to reveal the canvas, she squaled so loud with happiness that the dog began to howl.The canvas now hangs above our dining room table.Richard Lile

Dianne Sharon wrote:  I wanted to surprise my boyfriend with a picture of our sweet kitty, Isis. I knew you could turn a picture into a painting, but I never knew it could come out so realistic! SnappyCanvas did a FANTASTIC job on my canvas and it really surprised him - he loves it! I'd use them again for another photo in a heartbeat!Thanks!Dianne Sharon

Lyndon Ellenburg wrote:  My experience with SnappyCanvas was totally stepping into the unknown. I had never tried a Triptych before but was truly "WOWed" by the finished product. The framed product far exceeded and was delivered when promised.Thank you, SnappyCanvas!Lyndon Ellenburg,Anderson, SC